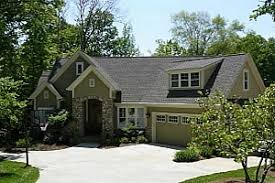 In a recent survey done by the PulteGroup, they revealed that the Millennial generation has a more optimistic outlook regarding the American economy than other generations. According to the survey, 54percent of Millennials believe the economy is in better shape today than it was last year compared to only 41% of the total population.

It seems this optimism is impacting purchasing decisions as 74% of Millennials view now as an excellent or good time to buy the things they want or need, call Craig Adelman today at 303.809.8979. Jim Zeumer, vice president of corporate communications for the PulteGroup explained:

"No other cohort of adults is nearly as confident about their economic future as the millennials are right now. This is definitely a

HousingWire asked David Berson, chief economist at Nationwide, for his take on the near-term future of housing. Here is what Mr. Berson believes to be the three things you need to know about Denver housing in 2014.

#1: 2014 should prove to be the strongest year for housing activity since before the Great Recession

“Most economists expect an improved job market in 2014, with employment growth accelerating and the unemployment rate continuing to decline. That jobless rate drop will reflect more of a pickup in employment than further declines in the labor force participation rate. This will be the key factor improving housing demand this year, even if mortgage rates rise and affordability declines. While the housing market tends to do especially well Freddie Mac, in one of four original posts on their new blog, explained that current rates are still extremely low compared to historic averages:

WHY IS THIS IMPORTANT?

Well, if we do the math, we can see that the annualized number of non-distressed

We have often suggested that potential home buyers consider rising interest rates when thinking about the true cost of a home. Remember, cost is not determined by price alone but by price and mortgage rate. The longer a buyer waits, the higher the mortgage payment will be if rates continue to increase (as is projected by Fannie Mae, Freddie Mac, the National Association of Realtors and the Mortgage Bankers Association).

Money Magazine, in its latest issue, agreed with our analysis as they also warned their readership of the same ramification if they waited to buy a home.

Here is what they said:

"BE MINDFUL OF RATES. The average interest rate on a 30-year fixed loan is predicted to climb from the current 4.4% to 5.3% by the 2015 spring buying

Are you looking for a great home with a yard to play and entertain in?  6807 Duquesne Court is for you!

Should I Rent My Denver Area House If I Can't Sell It? A recent study has concluded that 39% of buyers prefer to rent out their last residence rather than sell it when purchasing their next home.

The study cites that many homeowners were able to refinance and “locked in a very low mortgage rate in recent years. That low rate, combined with a strong rental market, means they can charge more in rent than they pay in mortgage each month, so they are going for it.”

This logic makes sense in some cases. We at KCM believe strongly that residential real estate is a great investment right now. However, if you have no desire to actually become an educated investor in this sector, you may be headed for more trouble than you were looking for. Are you

The real estate listing information and related content displayed on this site is provided exclusively for consumers' personal, non-commercial use and, may not be used for any purpose other than to identify prospective properties consumers may be interested in purchasing. This information and related content is deemed reliable but is not guaranteed accurate by the Pikes Peak REALTOR® Services Corp.

Terms and Conditions: The content relating to real estate for sale in this Web site comes in part from the Internet Data eXchange ("IDX") program of METROLIST, INC., DBA RECOLORADO® Real estate listings held by brokers other than Kenna Real Estate are marked with the IDX Logo. This information is being provided for the consumers personal, non-commercial use and may not be used for any other purpose. All information subject to change and should be independently verified.