Resales of Denver-area luxury homes rose 70 percent in January from a year ago, while selling prices were down, according to Metrolist Inc. data released Wednesday.

Sales of previously-owned residential  Luxury properties priced at $1 million or more increased to 34 last month from January 2010's 20. Of the 34 properties sold in January, 32 were standard homes and 2 were condos.

Meanwhile, the average sold price for luxury homes was $1.5 million, down 11 percent from January 2010, and $1.16 million for luxury condos, down 25 percent. The median sold price also dropped just slightly from $1.3 million to $1.29 million–a 3.4 percent change. The highest sold price for a  Denver Luxury house in January was $4.8 million, while the lowest sold price was $1.2 million. Total sales volume for  Denver luxury houses jumped 58.2 percent to $48.5 million from January 2010, while sales volume for luxury condos dropped 25 percent to $2.3 million. Denver County had the most high-end home resales with 9 houses and 1 condo. Boulder County came in second with 8 sales, Arapahoe County had 7, Douglas County had 5, and Jefferson County had 3. These trends in  Denver Metro luxury home resales and prices are shown by Metrolist, Inc. data
We are your Denver metro Area Luxury Homes Experts. Contact us now to see any home at any time. 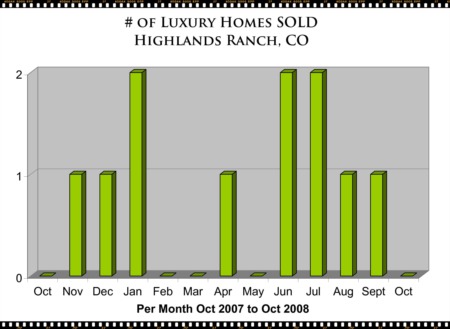 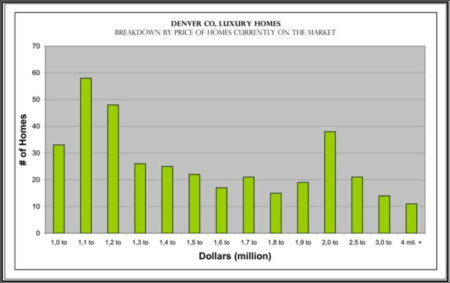 Denver CO Luxury Homes and Real Estate - Many to choose fromCurrently there are nearly 400 luxury homes for sale in Denver and many more in the ...Read More

When it comes to luxury properties, the Denver area’s got it all: luxury homes, luxury condos, equestrian estates, and even luxury foreclosures and ...Read More